​“Charm is what this Bridge Production Group show, at the Brooklyn Navy Yard, has in spades. Seeing these artists (and the actors playing them) delve deep into their own creative misgivings, at a time when the theater industry itself is at a crossroads, is a rejuvenating balm. If playing a character based on a real person presents a unique challenge, playing a character based on the person who originally wrote and performed the role — as Bowen and Bell did — is an unenviable task. As Jeff, Max Hunter (who also directs) more than acquits himself as the goal-oriented book writer, imbuing the character’s snappy dialogue and constant grammar corrections with a simmering self-doubt. He finds an ideal match in the skilled Josh Daniel, who plays the composer-lyricist Hunter Bell, and their alluring chemistry renews itself in every scene. “[title of show]” becomes a paean to the uneasy but hopeful footing upon which we all find ourselves. I’d be hard-pressed to find a more honest theatrical experience right now.” 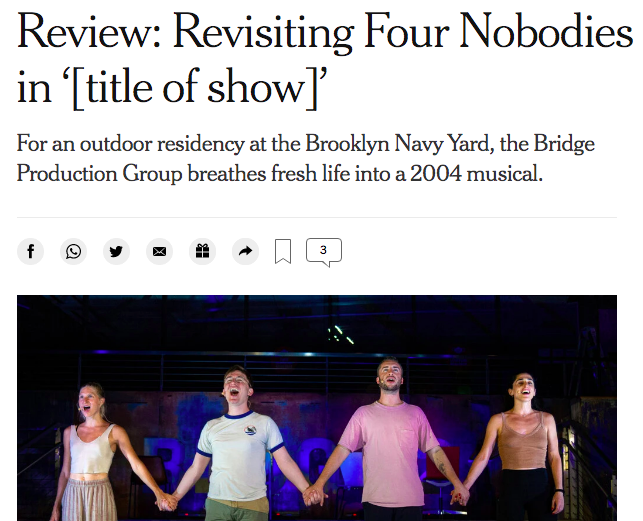 “Sleek … You won’t want to reach for your smartphone for a few hours after seeing this one.”
- The New York Times

“If Sartre were to write a play in our age of social media, he might end up somewhere in the realm of the Bridge Production Group’s fascinating “See You.” The conceit of the play, that our online façades mask despair, insecurity, and, worse, nothingness, is clear from the start, and the play’s breathless delivery of its cynical raison d’être is as unrelenting as a Twitter feed, losing track of anything human.” - The New Yorker

“What begins as an egocentric free-for-all eventually dovetails into how a deliberate data breach among friends (with benefits) exposes secrets, truths and consequences.” - BroadwayWorld

“I was enraptured, feeling the theatrical ground beneath me shift as a result of the explosion of confusion and dissonance and crossing of paths of these five friends navigating in life and online. You must run to SEE YOU, for it already sees through us." - Onstage Blog 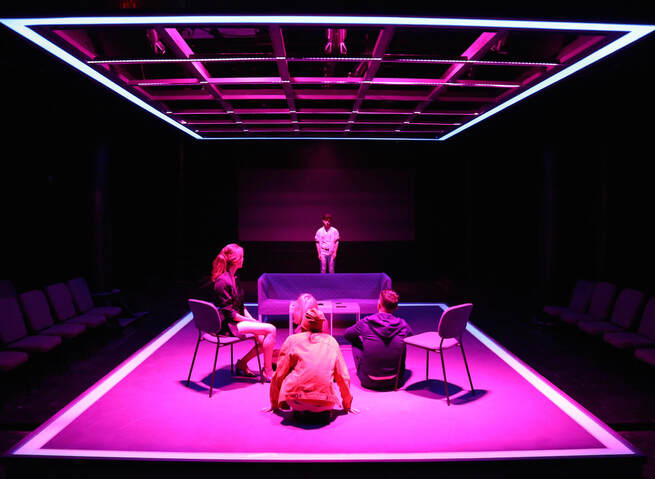 "Directed by Max Hunter, this striking production captures the audience
... Max Hunter, as the various male roles, is the epitome of masculinity, creativity, and apprehension
.... standout performances by both lead actors,  brilliantly executed sets and costumes, and a thinkpiece of a story." - UrbanMatter

"Under the direction of Max Hunter, The Bridge Production Group presents The Blue Room in all its beauty ... everything about this production was brilliant, from the acting to the immersive experience ... Max Hunter and Christina Toth are limitless in their abilities to invoke all the raw emotions ... The Blue Room is definitely an experience that every adult should have. It will make you feel things you yearn for, or perhaps things you have forgotten from long ago. It is definitely a range of emotions ensconced in the eroticism of a moment - a moment that has the potential to become something more. A moment that people need to now take the time out to experience - even if only vicariously." - BroadwayWorld 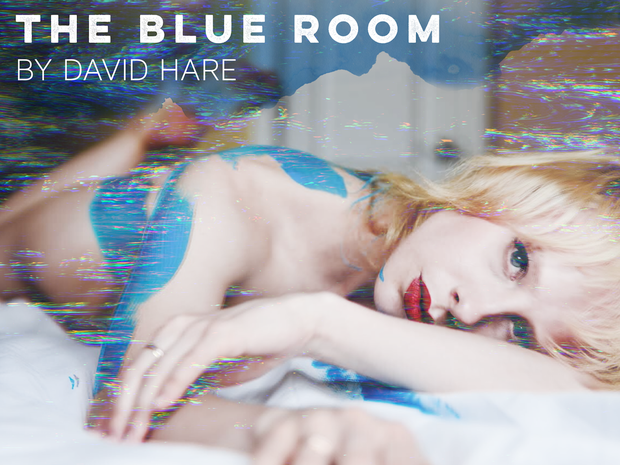 "Post-modern Shakespeare at its best ... Max Hunter’s directorial vision is frenetic and daringly unconventional ... Art this daring and political is more important than ever." - New York Theatre Review

"Unique and exhilarating ... Max Hunter is charming and dangerous; as director, he transports us to a world that can only be described as slick and sexy. There’s not many Shakespeare productions that can get me this thrilled to recommend nowadays, but I can only say if you are a Shakespeare fan, don’t miss it if it comes back. If you love great technical aspects in your shows, don’t miss it. If you love well done ensembles, don’t miss it. You know what? Just don’t miss it." - Manhattan With a Twist (3.5/4 Stars)
​*A TOP-TEN PICK OF THE YEAR*

"With their bold first production, The Bridge Production Group has signalled an intent to produce challenging, ambitious theater. Their Richard III is an enjoyable, if simplified and focused, take on a complex play, providing an accessible gateway to theatre-goers who might otherwise not be as likely to attend Shakespeare’s history plays." - Theatre Pizzazz
CHECK OUT MORE FROM THE BRIDGE PRODUCTION GROUP 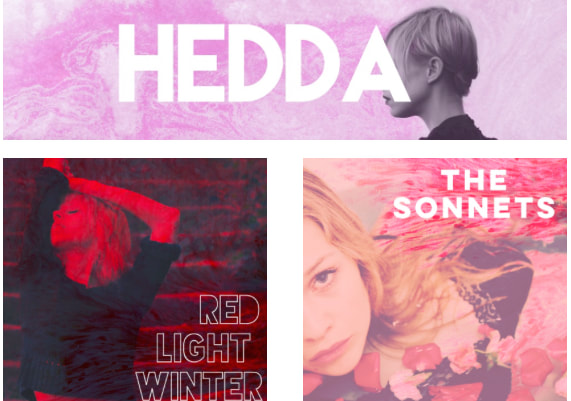